How old is this photograph?

I got this frame that includes a picture from a local art shop that had it stored, but wanted to get rid of it. I found a stamp and a name or word on the back of the picture. "Kotimainen Valokuvien Suurennusliike MATTI ROINE Korkeavuorenk. 25, puhelin 7442" Helsinki. Can you decipher what the handwritten name or word means? I assume the 88 with the word means the picture was taken 1888? I wonder how old this picture is and who the person is? 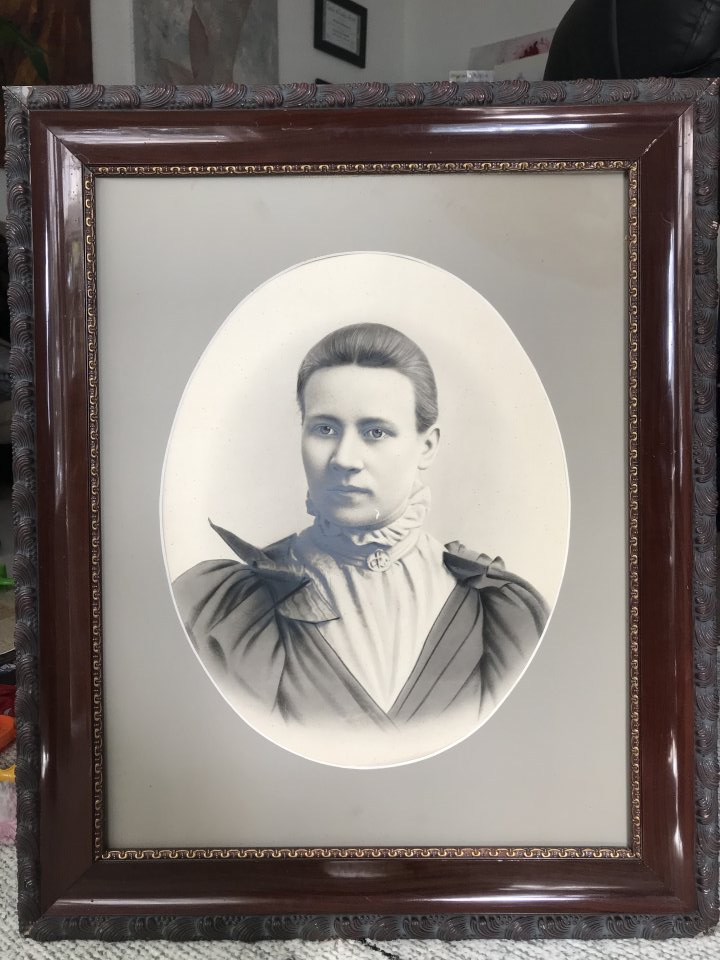 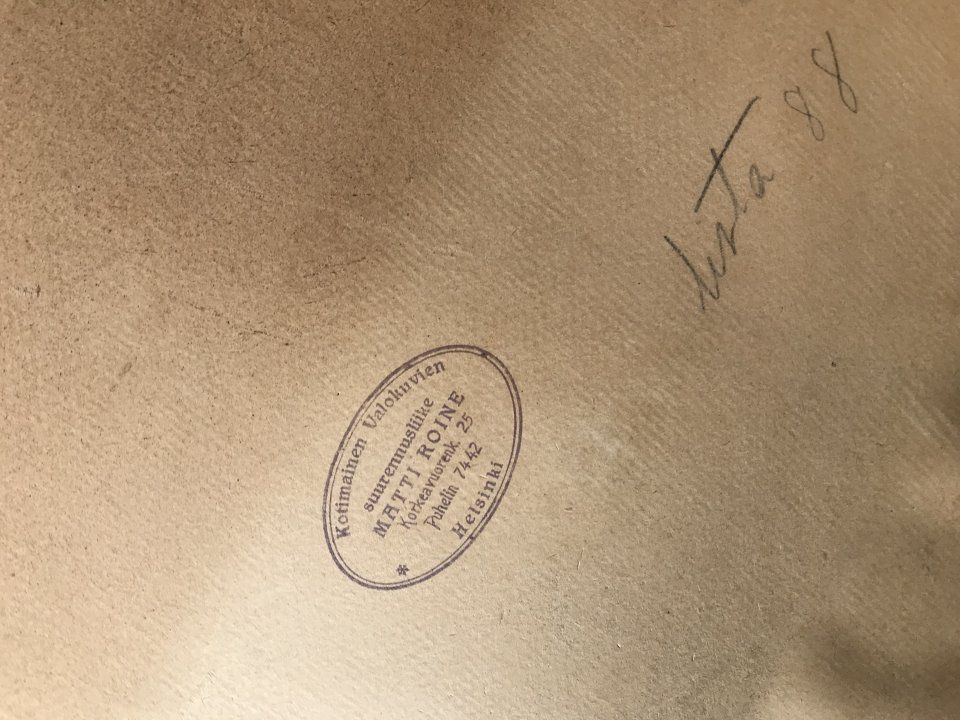 Thank you for this interesting question! The part "Kotimainen Valokuvien Suurennusliike" translates roughly to "Finnish Photography Enlargement Shop". According to our museum's database, Matti Roine owned the shop in Helsinki from 1908 onwards. So even though it is possible, that the original photograph would date back to 1888, your enlargement was produced after 1908. I did some digging in old newspapers and found some of the shops advertisements. From them we can conclude, that the enlargement was produced before 1928, as then the phone number of the shop changed from what is stamped behind your picture.

The pencil mark "lista 88" means "list 88". I would guess it is a note by the enlarger or a later owner.

By the way: as the photograph was enlarged, it would lose some of its definition. It was therefore contrasted with charcoal. You can usually see this especially along the darkest lines of the picture, making it resemble a drawing. From the file you sent, I would guess that the same was done to your copy.

Unless she is a famous historical figure who I just do not happen to recognize, the question of who the person in the photograph is, is unfortunately almost impossible to answer.